Montreal FRINGE-COMA 2014 – CROOK OF MY DREAMS

Getting later on in my second day at Montreal Fringe, and time to make the somewhat long-ish trek out to l’espace 4001 Berri for yet another show, and a sweet looking one at that. And who minds a little walk, when the sun is shining and the sky is…

…and, torrential downpour out of nowhere. Thanks, Montreal skies, my shoes had ALMOST dried out from the day before. Nice one. Even worse than my soggy footwear, however, was the likelihood that the sudden squall may have deterred some other patrons from making the trek out that evening to see Generation Goat Rocket’s CROOK OF MY DREAMS. We were a smallish audience, but I think we made up for it with enthusiasm. We had much, it turned out, to cheer about.

The creation of sisters Sophie and Phina Pipia, this musical and fancifully surreal tale follows an ultra suave criminal genius on the lam from two dogged officers of the law, who are plagued in their pursuit by one crucial detail…anyone who meets this crook can’t help but fall prey to his considerable charms. That, and the sisters themselves often step in and help him escape justice one way or another. And the chase, miniature police car and all, is on! 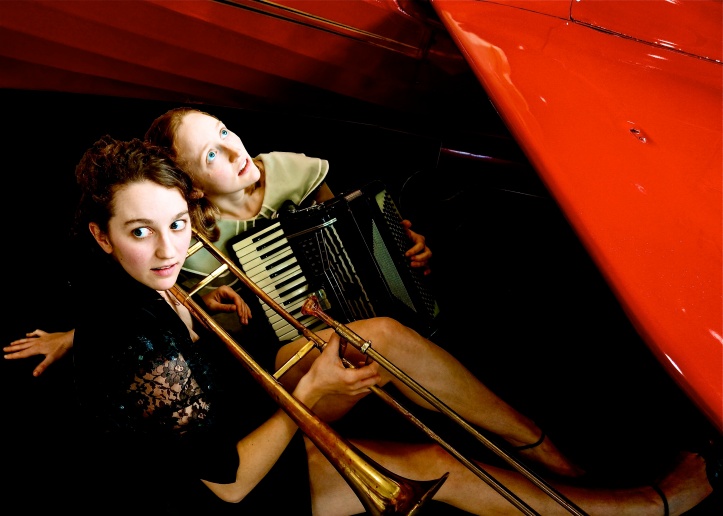 CROOK is a gorgeously imaginative and fun show, very much a showcase not only for the wonderful music of the Pipia sisters, but also the performances of their co-stars Pepper Fajans, Erin Kohout and Nate Wheeler. I think it’s Fajans who plays the crook (ALMOST certain…), and he’s got a golden voice indeed, crooning out a few tunes that will melt the hardest heart. The show is riddled with cool sight gags, wonky costumes, and great musical numbers (especially the magnificent finale, which I would have listened to for another hour). Some of the bits needed a little tightening, and maybe a 30% increase in speed and craziness just to help this production blast off into legendary territory (I also wishes the sisters themselves had a stronger presence during the show besides the occasional musical burst, but oh well). But there’s plenty of magic to be had in this show as is, and any show with an accordion AND a kazoo is a thumbs up in my books. Definitely a ton of fun, and a show that deserves to be seen by a lot more than yet have. And I kinda hope it makes the trip to Ottawa one of these days…pretty sure we’d eat this show right up. Peace, love and soul,