Strange Visitations first debuted with the 2014 fifth Anniversary Visitorium Foofarah Live! event at the Clocktower Brewpub, then went on to launch officially with the 20 minute piece Faster Than the Speed of Dating which premiered at that year’s Fresh Meat Festival.  A small, DIY Theatre company with an emphasis on clown-inspired original works, and based out of Ottawa Ontario, SV is the Theatrical wish-machine of Kevin Reid, longtime writer of the Visitorium blog.  He has so far been joined in this venture by Madeleine Hall, Jodi Morden and Rebecca Laviolette as collaborators.  Their mandate: we have none (yet).  Only a playdate…and its with you!  Peace, love and soul, 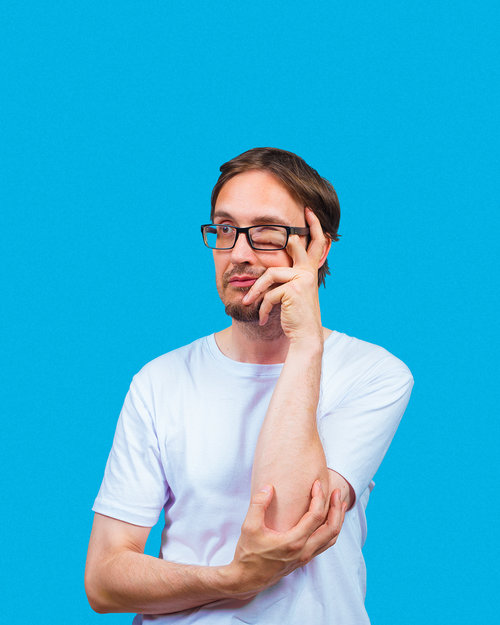 A storytelling tribute to an unexpected adventure in the life of a budding theatre nerd, when a 2-month cat-sitting gig turned into a 5-year friendship. My life and times with Winston the Cat.

“...concise, polished, funny when it needed to be, sad when it should be, and kept you wanting to hear just what happened next.” – Onstage Ottawa

– Hannah & George at the 2015 Ottawa Fringe Festival.  An all ages clowning love story about a lonely loser, and the magic invisible fairy who follows him everywhere.  A Collaborative Strange Visitations creation, featuring Madeleine Hall and Kevin Reid, Directed by Jodi Morden and Stage Managed by Rebecca Laviolette.

– Faster than the Speed of Dating at the 2014 Fresh Meat Festival in Ottawa, and the 2016 Vancouver Fringe Festival.  A physical, wordless comedy about the perils of modern dating.  Featuring Madeleine Hall and Kevin Reid, and directed by Jodi Morden.