Wow, am I ever late with this one!  I’ve already missed listing the end shows of CLIFFHANGER, and the entire second run of THE LAST FIVE YEARS.  Whoops!  Apologies gang, I’ve been a touch busy (okay, lazy).  But here’s the better-late-than-never listings for the rest of the month to dig into!  I’m even in one of’em, so even more reason why I should have hurried up with this post.

THE DROWNING GIRLS at the GCTC.  Still time to catch the girls, before they’re completely drowned!  Until the 11th.

IT’S A WONDERFUL LIFE: THE RADIO PLAY at the Ron Maslin Playhouse, from Kanata Theatre.  The first of 2 It’s a Wonderful Lives in this post (see below), and the 1st of 2 radio play versions of that story this season.  See, George Bailey, people really DO love you. Don’t jump!  The 6th to 17th.

SYLVIA at the Gladstone Theatre, from the Sylvia Collective.  Sylvia #2 of the season, but I’ll admit, #1 in my heart, as this is a return/remount of sorts of the final show ever from my beloved Ottawa Theatre School.  Reuniting student stars Madeleine Hall and Jerushah Wright, as well as director Peter Howarth, this one will be a doggone delight (I am SO sorry) to see.  The 7th to 17th 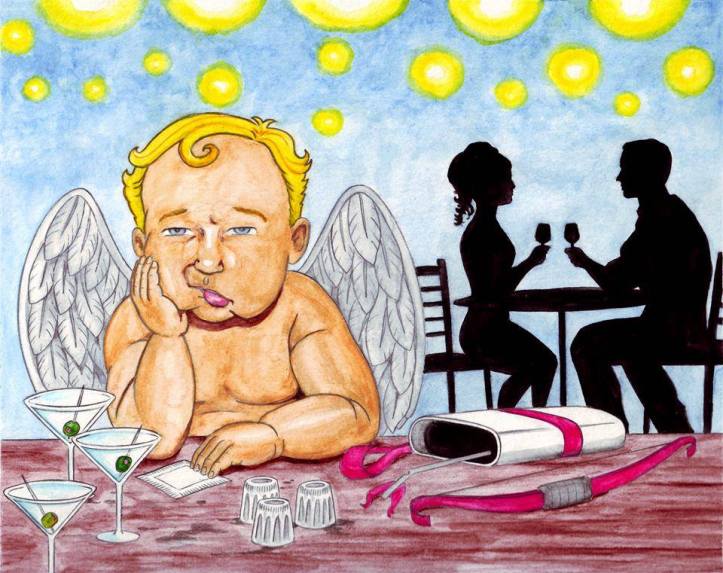 FIRST DATE: THE MUSICAL at Arts Court Theatre, from Tuba Czar Productions.  All the joys of dating, but set to lovely music so it’s not as terrifying as the real thing.  The 7th to 10th.

FOR THE PLEASURE OF SEEING HER AGAIN at the Elmwood Theatre, from Linden House.  Michel Tremblay’s beautiful ode to his Mother, from Janet Uren and company.  The 9th to 17th.

CHASING CHAMPIONS at the NAC Studio, from Ship’s Company and Eastern Front Theatre. The story of Nova Scotia’s Sam Langford, the greatest boxer you’ve never heard of.  The 13th to 24th.

CHITTY CHITTY BANG BANG at Centrepointe Theatre, from Orpheus Musical Theatre Society.  A musical about a magic flying car, because they’ll make musicals about ANYTHING.  The 16th to 25th.

MUCH ADO ABOUT NOTHING at the Kailash Mital Theatgre (Carleton U campus), from Sock’n’Buskin. One of my fav’rits from Billy Shakes gets the Sockie treatment!  The 16th to 23rd.

THE PENULTIMATE PROBLEM OF SHERLOCK HOLMES at the Gladstone Theatre, from Phoenix Players. . Holmes goes meta and meets his maker…literally.  The 23rd to December 1st.

LAUREN AND AMANDA DO IT at Arts Court, from Toasted Theatre.  A fundraising return of the sex-positive Fringe hit, before it makes it’s way to Toronto and the Next Stage festival!  The 23rd.

FARM AND SKY ARE ABOUT TO DIE at Live! on Elgin, from Fireflood Entertainment.  A staged reading of the new play from local hero (and my roomie) Nick Amott.  One night only!  On the 26th.

IT’S A WONDERFUL LIFE at the Ottawa Little Theatre. A screen-to-stage production of the Capra classic, and this one’s also got a special place in my heart, on account of I’m in it! Hopefully I’ll be doing a post all about that sooner than later, but it should be a swell holiday blast, and tickets are going fast!  Runs the 28th to December 15th.

LA DEPRIME at Theatre de L’Ile. Until the 17th.

ACTORAL at la Nouvelle Scene.  A mixed bag festival of dance, theatre and more! The 8th to 10th. 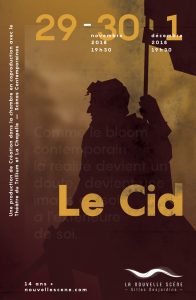 Kevin R (and the Otter)