Merry Monday, gang!  Or rather you, who is actually reading this.  Hi there!  Wanna know what’s playing in Ottawa this week, instead of reading my blatherings?  Good idea, here’s the skinny… 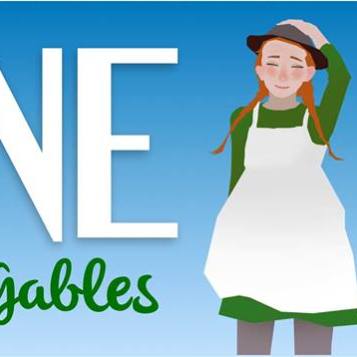 BLINK at the Gladstone! SAL CAPONE at the NAC Studio! LA CERISAIE at the NAC Theatre! HOSANNA at Theatre de L’Ile! ANNE OF GREEN GABLES at the Glebe Community Centre! A CONVENIENT LIE at Centrepointe Studio! And INTO THE WOODS (starring my niece!) at Earl of March!!

Personally, I’m already slated to catch Into the Woods (of course), as well as a few others. Excited for Blink tomorrow night…Plosive has been a wonderful success story in Ottawa for an Indie company, premiering with an original twist/take on THE IMPORTANCE OF BEING EARNEST years ago and never looking back. Original co-founders David Whiteley and Teri Loretto-Valentik are both back for this one, along with new-to-Plosive Gabriella Gadsby in this dark comedy from Phil Porter, already getting some healthy buzz and praise around town.  Can’t hardly wait!

Will also be trying to catch La Cerisaie, a modern French adaptation of the Cherry Orchard from Belgian troupe tg Stan, part of the National Arts Centre’s French theatre season. Having just hit up another of their seasons offerings, DynamO Theatre’s acrobatic and adventurous take on Shakespeare ET SI ROMEO ET JULIETTE..., I’m more than primed for a further dose of Franco-classics! Been way too long since I indulged in what is always a wonderful creative blast to the brain.

AND I’ve got tickets with the Otter to take in my first ever ballet, and what a debut! Hitting up the Royal Winnipeg Ballet for DRACULA, which has me pretty stoked. I always dig a dance show, but have shied away from the somewhat intimidating world of classical ballet. I figure this is a great one to start my education with…if it’s good enough for Guy Maddin, it’s good enough for me!

And there’s more! This Saturday, before Dracula, I’ll be attending one in a series of workshops provided by the Ottawa Fringe. This one is run by the utterly excellent Emily Pearlman on that most mysterious of theatrical disciplines, dramaturgy.  I’m goofy excited for it, and hope to, if nothing else, be certain of the correct spelling of dramaturgy by the end of it.  I’m also planning to hit up the Lighting workshop at the end of the month along with the Otter, so come and join us!

So what else is up? Well, I’m just done THOR in my monthlong reviewing of all the MCU movies in order, leading up to INFINITY WAR (I presume you all are doing the same. Of course you are.) It’s gotten so bad I might actually reduce myself to watching some episodes of AGENTS OF SHIELD to get my Marvel cinematic fix in.

Point is, I got comix on the brain lately…I recently started a massive cleanup of my on-hand comic collection, including sorting, cataloguing, bagging and boarding, the works.  Which is a bigger deal than it sounds when I say I’ve got about 2500 comix on hand, with likely another 6000 or so lurking at my parents’ place in the valley.  From the highbrow fantasy of Neil Gaiman’s SANDMAN to the its-all-in-the-title filth of TRUCKER FAGS IN DENIAL, my collection covers a lot of ground.  And it seems I’ve got a few valuable ones kicking about…I’ve spent a lot of the last few years ignoring the effect this golden age of comic book movies might have on my actual comic book collection.  Those ALIAS comix with Jessica Jones..?  Hot stuff right now.  The 70’s SHAZAM comic is going ballistic. And Harley Quinn’s first appearance in comix?  Forget about it!  I hardly even remember all the stuff I have hoarded at my folks’ place…do I have that Rocket Raccoon mini-series from the 80’s?  I THINK I do, but do I..?

So maybe I should put a little effort into keeping them all in relatively good shape.  I mean, I USED to do that, like 20 years ago, and then it all just sort of drifted away.  It’s all been about my Valiants for the last decade or so, and that’s another post for a different blog (which I really should also start using again…).  Nice to be rediscovering my rather extensive collection, and turning their care and upkeep into an ongoing long-term project.  Now to do something similar with all my old toys, hmmm…

Right, I got nothing else for today…are you still reading this?  Didn’t I warn you it was just blathering?  Oh well, too late now, but thanks for sticking around. Now get out there and see some theatre (or read some comix, you know, whichever…)!  Peace, love and soul,