So it’s February! That cold, cold little month that could. Always a lot more going on thatn you might expect theatrically, and there’s plenty to look forward to this time around. Of course, there’s a few less shows than some of us had been hoping for…February usually sees some action from Algonquin Theatre, and they sadly have vanished from the scene. And on a more specific and personal note, there’s one depressing theatrical elephant in the room that I’d like to vacate right off the top:

KILLER JOE from Chamber Theatre Hintonburg…CANCELLED by the company. This is the show I was set to co-star in with a terrific gang of actors, and had been working on for many months now.  It woulda been fun, but it apparently was not meant to be. Bottom line, if you show up at the Carleton Tavern from the 1st thru 10th, our slated run, expect nothing more beyond the usual rowdiness, quarts of 50 and fine chicken wings. Which, hey glass half-full, amirite?

But don’t worry, theatre fans…plenty of companies also did NOT cancel their shows! More than did, even! Let’s take a look and see what these foolhardy souls have coming your way, shall we?

WHAT A YOUNG WIFE OUGHT TO KNOW at the Great Canadian Theatre Company. Hannah Moscovitch to start out your month, and what could be finer? Runs until the 4th.

OTHELLO: A CIVIL WAR TALE at the Gladstone Theatre, from Theatre Kraken. Billy Shakes’ epic tragedy comes a-calling, from the team that brought the funtastic Little Shop of Horrors to life last year! From the 1st to the 10th.

SLEUTH at the Ron Maslin Playhouse, from Kanata Theatre. A nice, classic game of wits bit of business. The 6th to 17th.

CHICAGO from the Carleton Musical Theatre Society, at the Kailash Mital Theatre (Carleton U campus). It’s a musical!  About Chicago!  Educated guess. The 7th to 10th. 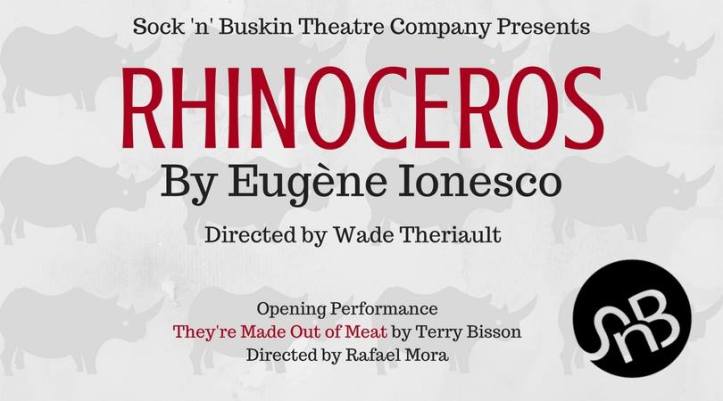 RHINOCEROS and THEY’RE MADE OUT OF MEAT at Studio Leonard-Beaulne, from Sock’n’Buskin. Someone’s let the Sockies onto another campus! With a double bill no less! From the 8th to 11th.

CHARLY IN THE DESERT (CHARLY DANS LE DESERT) from Creations in Vivo, at Shenkman Arts Centre.  A kid-friendly slice of puppet theatre from some greats, in an English apresentation followed by French!  On Feb 10th.

DEAD ACCOUNTS at the Ottawa Little Theatre. Because who would go to see live ones? 14Th thru March 3rd.

MONOLOGUE WORKSHOP/NIGHT from Sock’n’Buskin Theatre, at the Clocktower Brewpub (575 Bank street).  They’re not just for auditions anymore! Workshop on the 17th (same location), event on the 27th. 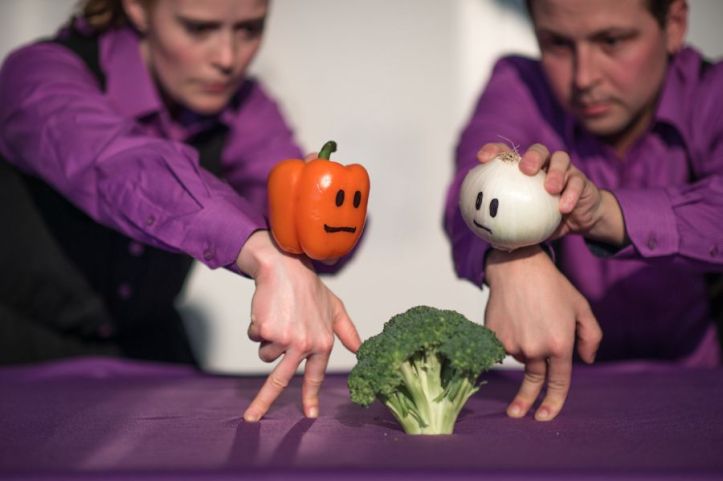 TABLE TOP TALES at the NAC Rossy Pavillion, from Snafu Dance Theatre. Catch the Snack Music collective for a second time this month (we’ll get to the other appearance in a bit) at the NAC, with this family-friendly food-filled storytelling funfest! The 17th and 19th.

THE VAGINA MONOLOGUES at Live! On Elgin. Always an important event, and it feels like we need to listen to vaginas now, more than ever. The 22nd and 23rd.

LE DIRE DE DI at the NAC Studio. Until the 3rd.

COMMENT J’AI APRIS A PARLER AUX OISEAUX, at the NAC Studio. The 10th and 11th.

CHARLY DANS LE DESERT from Creations in Vivo, at Shenkman Arts Centre.  See English entry above!  But still on the 10th.

Plus of course the usual grab-bag of goodies from good folks like Crush Improv, Grimprov, the Improv Embassy, Outtake Improv, Ottawa Storytellers, and likely more I’m missing.  Plus this month sees the deadline for New Theatre Ottawa’s SLOWCOOKER series, looking for 3 new scripts to read excerpts from in a PWYC performance in March.

Oh yeah, and UNDERCURRENTS…which I will get to in the next post.  TEASE!!!  Soon, I promise.  Peace, love and soul,