Wow made it for two in a row of these! And barely, as I’m fighting off a bit of a plague just now and can hardly keep my eyes open. To business!

IN THEATRES THIS WEEK:

VIGILANTE from Catalyst Theatre, at the NAC. Based on a Stompin’ Tom song, I believe. 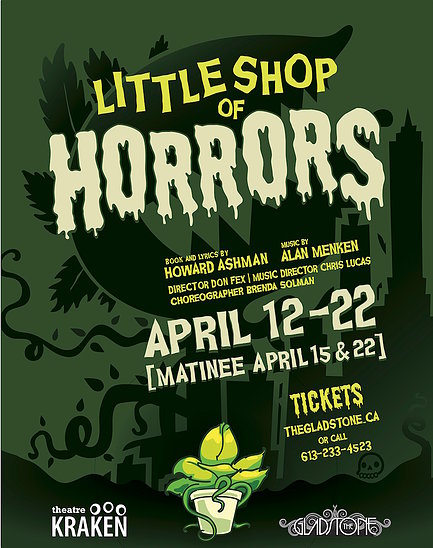 1979 at the GCTC. A rare venture into political theatre for Michael Healey. HAHA JK HE DOES IT ALL THE TIME!! But, I mean, see it. He’s probably pretty good at it by now, right? And speaking of ’79…

ON THE STAGES. So, VIGILANTE. Got to check this one out with the Sweetie last week, and we were both pretty psyched about it. It is, as you’ve accurately heard, a rockin’, raucous good time from the cats at Catalyst, featuring a scorching original soundtrack that you WILL be disappointed to find you can’t buy on the way out of the theatre. Good performances and wicked costumes help tell the somewhat amped-up true story of the infamous Donnelly clan from out Lucan-way, and of course it’s especially nice to see good ole Kris Joseph back in town, all Spider-Jerusalemed up as Michael Donnelly (as well as one of the nastier villains of the piece). A violent, occasionally harrowing but always exciting piece of original art based on Canadian history. Check it out!

Also, ALSO, got out to the latest installment in the Ottawa fringe Festival’s anniversary #Fringe20 series. Another double-bill this time around, with Black Sheep Theatre’s ROOT OF ALL SQUARES teamed up for AN ADULT EVENING OF SHEL SILVERSTEIN from Third Wall. A good time of an evening indeed, as thee real-life double bill of Ray Besharah and Laura Hall are ALWAYS a treat to watch, and their scout-cosplayed turn in Sterling Lynch’s absurdist look at economic theory was a delight.

Then the 3rd Wall gang (comprising onstage of Attilla Cleman, Sarah Finn, Katarina Fiallos, Andrew Moore and Norah Paton) jam the stage for a rapid-fire series of mini-plays from legendary children’s (and Playboy) writer Silverstein, ranging from good deals on the street to bag lady genesis. And while some of his material has aged, perhaps, not as gracefully as other bits, it was a solid show with great staging, performances and sound. The World’s Best Dad bit may have been my fav’rit.

Coming up for #Fringe 20 in May is the legendary Pierre Brault in the even more legendary BLOOD ON THE MOON. Ya now you got to get this one in, if only as part one of your Pierre Brault double-bill when PORTRAIT OF AN UNIDENTIFIED MAN returns for a run at the Gladstone that same month!

BOOKAGE. Doing plenty of the old ‘reading’ lately thanks to the sweetie dragging me back into the Public library for the fist time sine they started using those new-fangled computing devices. Recently polished off the amazing and enthralling HARPO SPEAKS, which is of course the autobiography of Adolphe ‘Harpo’ Marx, a natural draw for a silent clown like me. With in-depth tales from the days of Vaudeville to Hollywoood hijinks, to kibbitzing with the fabled members of the Algonquin Club, touring Russia, hanging around San Simeon and finally adopting a loving family with his beloved wife, found in his forties (see? It does happen!). It’s damn terrific, and I highly recommend it (as well as his mouthier brother Groucho’s various books, also must-reading). Now moving onto a more modern tale, this time of the great Steve Martin in his BORN STANDING UP: A COMIC’S LIFE looking back at his stand-up days. Oddly, his book starts in the mid-60’s, precisely where Harpo’s leaves off.

Also have knocked out another post at my sister site THE BRIDGE TO THE FUTURE where I talk, mostly to myself, about Valiant comics, the thing I love besides theatre. And the sweetie isn’t a ‘thing’, which is why I didn’t mention her. She’s off tonight doing the Hothouse reading series at Algonquin College, while my sick ass lies in an unceremonious heap in my crumby apartment. Knock ’em dead, babe!

.Oh, and I’m in a Fringe show this June. More on that another day. I is tired. Now let’s all watch the THOR: RAGNAROK trailer and then get some sleeps.  Peace, love and soul,

PS Any theatre peeps in town feel like meeting up for coffee some day and teach me how to make a proper theatrical resume.? My skills in resume making are several decades out of date and I have a sinking feeling that mine currently looks like dogshit. Thanks in advance! 😉

PPS  Looks more like THOR: CONTEST OF CHAMPIONS doesn’t it? Still wicked cool tho. Forget I said it.