Coming Up in September 2015

September! Back to school for you student-types (I myself will be starting my third, albeit imaginary, year at the OTS any day now), but more importantly it’s back to the Theatre as new seasons start getting off the ground!  Check out the list…

THE NORMAN CONQUESTS from Plosive and Seven Thirty, at the Gladstone. A tryptich of British farce with an all-star cast and John P,Kelly at the helm. Part one, TABLE MANNERS is already underway. The next chapter, LIVING TOGETHER, arrives on the 11th. Part three, ROUND AND ROUND THE GARDEN comes along on the 25th. All three play until October 10th. See one, or see’em all! On second thought, just see’em all.

SANSEI THE STORYTELLER at Arts Court Studio. Solo storytelling from Mark Ikeda with his Fringe hit, part of the Ottawa Storytellers (un)Told series! On the 9th. 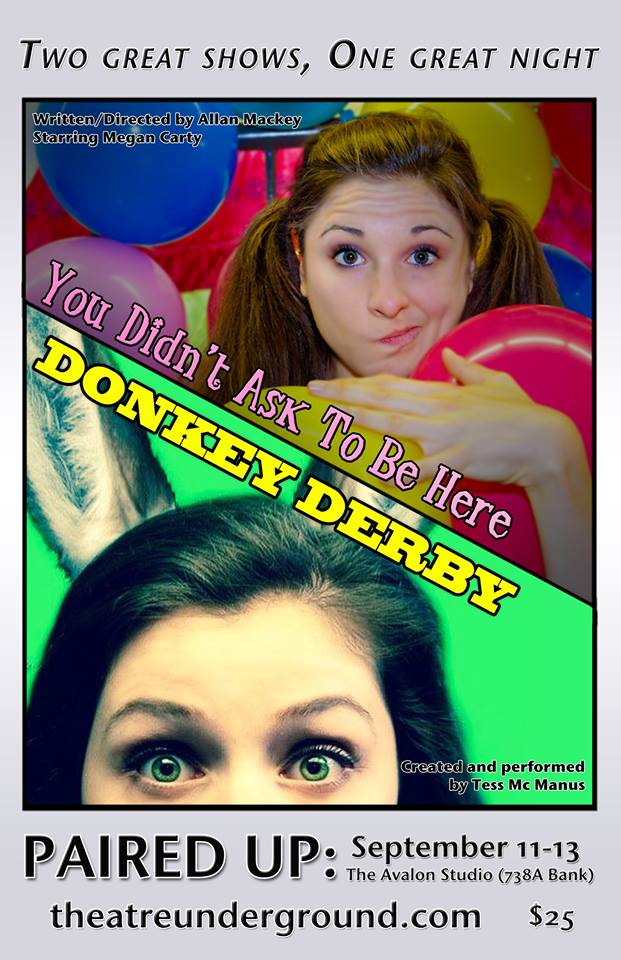 YOU DIDN’T ASK TO BE HERE and DONKEY DERBY at the Avalon. A double bill of one-woman gems, featuring the terribly talented Megan Carty and Tess McManus! From the 11th to 13th.

GENEROUS at the GCTC. The new season kicks off with a new political potboiler for your edification. From the 15th to 27th.

BLITHE SPIRIT at the Ottawa Little Theatre. Don’t be a coward, see some Coward! From the 15th to October 3rd.

4000 MILES at the Ron Maslin Playhouse, from Kanata Theatre. A cross-country journey, live on stage. From the 15th to 26th.

LIKE DREAMING BACKWARD at Studio Leonard-Beaulne. The 24th to 26th.

BARBER OF SEVILLE at Southam Hall, from Opera Lyra. Finally, the worlds of opera and haircutting united as one! The 26th, 28th, 30th and Oct 3rd.

CROSSROADS at the Cumberland Heritage Village Museum (outside), from Vintage Stock Theatre. The 25th and 26th as well as Oct 2nd and 3rd.

GAME OF BONES at the Velvet Room, from Eddie May Mysteries. Every Saturday night, the popular dinner theatre inspired by the hit fantasy teevee show THE CHARMINGS, or something.

TACTICS LAUNCH PARTY at Arts Court, on the 7th. Find out who’s doing what in the 2015-2016 sophomore season!

FRESH MEAT LAUNCH PARTY at the House of Common (115 Fairmont) on the 18th. A swinging party to announce the lineup of the 4th Fresh Meat…you won’t believe how fresh it gets!

A QUOI CE SERT D’ETRE BRILLANT SI L’ECLAIRES PERSONNES at the NAC Studio. A mouthful to kick off the NAC French season! The 25th and 26th.

ZONES THEATRALES at various locations, from ll sorts of great companies.  Plenty to see and do at this years event of Franco-theatre.  I’ll try and break it down by venue…

AMERICAN DREAM.CA from Theatre la Tangente (14-15) and ETAT VERTICAL from Creations in Vivo (18-19) at the NAC studio.

BARBECUE from Vague de Cirque (16-19) at the Museum of History.