I did it, I did it…five shows for my opening day of Montreal Fringe! It’d been a long day, lemme tell ya, from my frantic awakening at 5 am in Ottawa trying to find my misplaced bus tickets, to seemingly endless wanderings in the interminable rainfall (I suspect my shoes will be soggy for the duration of my stay here), I was getting a little sleepy by 11 pm, but I had one ticket left to go, and I wasn’t gonna miss this one. Happily, Montreal’s ukelele superstar Victoria Laberge was there to spur me on, and after scarfing down some doritos as emergency fuel, I hit the theatre to cap off the day.

My final show was Ball of Clay’s THE DYSMORPHIA DIET, written by and starring Clay Nikiforuk in a very honest, touching and witty show about the nightmare landscape that is body image in our society. Now, I have my share of hilarious psychological issues, but body image has oddly never been one of them, so this was a wonderfully eye-opening look at how our culture can warp that primal aspect of the way we look at ourselves, especially for women. As her alter-ego Claire, our heroine starts experiencing feelings of being to fat to fit in before she’s even ten, and things only get worse as she grows older. Between Cosmo-styled idealized imagery that she can’t live up to, and an infinity of diet fads designed to shed that most dreaded of apocalyptic horsemen Cellulite, Claire becomes desperate for a cure to something that may not even be a problem (exemplified in a hilariously surreal aside where she telephones her body’s customer support line, demanding action). Her eating habits become more and more disparate, her relationship with her doting boyfriend starts to suffer, and a dangerous fall seems imminent. 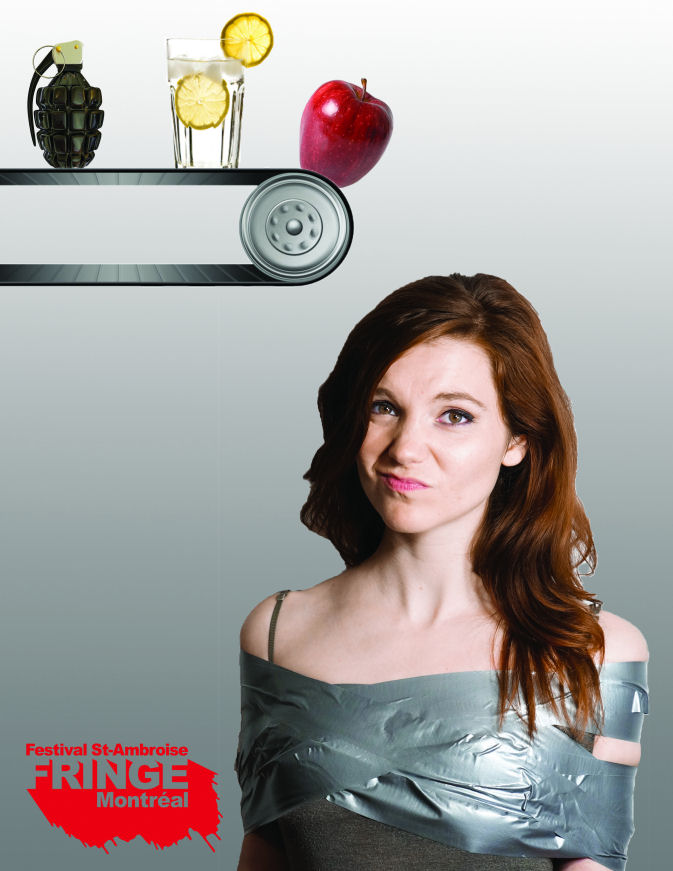 It’s a potentially preachy show that avoids that pitfall through a clever and honest script by Nikiforuk, and her genuine charm that shines through with never a moment’s artifice Miss Clay fills the stage as multiple characters, most notably an array of self-styled dieticians and ‘health’ experts, each with a different and more volatile recipe for weight loss than the last. The fact that, to my eyes, Clay looks like the last person who should be worried about weight issues, is of course completely irrelevant and kinda stupid on my part. These kinds of body issues can happen to anyone regardless, and DYSMORPHIA sheds a very smart light on that fact.

There were times when I thought Clay’s performance felt a little too uniform and could use some oomph, but that might have just been the long day talking. There was a lot of truth in this show, and it’s a truth that a lot of us probably need to hear. Also, it’s just a great and highly entertaining solo show from a clearly talented, endearing performer, and THAT’s the truth, too. Plus, I now know the calorie count of those chips I gobbled before the show. I will resist the urge to run it off. Peace, love and soul,