…did you miss me?

Seriously though, I know I’ve been neglecting this poor blog something AWFUL since Ottawa Fringe ended.  I’ve been just abominable, and I wouldn’t be surprised if my blog decided to break up with me.  I would if I were my blog.  So I decided I needed to make some sort of grand gesture, some magnificent overture if you will, to get back in my blog’s (and by extension, your) good graces.  How better to do that than with MORE FUCKING FRINGE!!!

Yes, I managed to sneak away from my 9 to 5 drudgery for an extra day this week, and escape up to the big smoke for a few days of the TORONTO FRINGE FESTIVAL.  I was there for three glorious days, rooming with the beautiful and brilliant Katie Hood (and her pals Sandy, Marvin, Caviar, Tiger Prawn, Miss Hopey, and special guest Bathroom Cat) and just checking out some shows, 13 in all.  I wasn’t there on any media status (Toronto don’t be knowin’ who the FUCK I am), I was just there.  I wanted to see a few pals along the way, as well as get some Fringe on.  I’d seen a few of the shows at this Fringe already, like R U SMARTER THAN AN IRISHMAN, AERIAL ALLUSIONS, FISHBOWL, PETER ‘N CHRIS AND THE MYSTERY OF THE HUNGRY HEART MOTEL, FAKE NEWS FANGIRL (back when it was called AN INCONVENIENT TRUTHINESS) and LITTLE LADY. Most of my thoughts on those are either on my Ottawa Fringe coverage from this year, or my Victoria road-trip from last year.  There’s one other show I’d also already seen, and it occurs to me I never actually reviewed it on this site, and my apologies.  I’ll start with that show (that I saw as part of 411 Dramaturgy’s double bill with Peter n’ Chris here in Ottawa a few weeks back), and then get on to the stuffs I saw in Toronto! 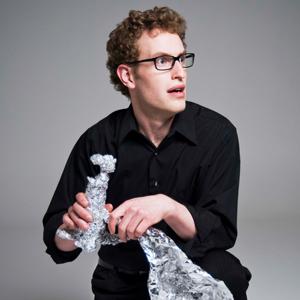 – TINFOIL DINOSAUR by Sam Mullins, at Tarragon Theatre’s Solo Room.  One of the purest and sweetest examples of storytelling I ever done seen, and certainly featuring the absolute funniest Theatre-disaster story I could ever imagine (too insane to NOT be true), Sam’s simple, human style draws his audience in early and holds onto them with his earnest story of ambition, social dysfunctionality and, yes, tinfoil dinosaurs.  Only the most bizarrely perfect specimens of humanity won’t find something to relate to in Sam’s foible-filled story, that even after numerous retellings onstage is clearly still an emotional one for him to fully share with us.  It’s an honour to share it with him.

– MY DRUNK PLAY by Jane van Rooyen, at the Tarragon Mainspace.  A fun two man, two woman enactment of the perils, pitfalls and plusses of getting hammered in the big city. Bar life is ripe material for sketchwork, as this play turns into essentially a series of scenarios involving predatory lotharios, career drunks, the curse of ‘just one more drink’, and plenty of well-intentioned gals getting ‘white girl wasted’.  Sometimes there’s not enough imagination behind the pieces (such ripe fodder also means a lot of it is common knowledge), but some of them work very well, and there’s good laughs to be had.  A fun show with some pretty good performances (Janet Davidson had a particularly memorable monologue illustrating the do’s and don’ts of drunken sex)…worth a look.

– MUM AND THE BIG C by Lynne Kamm, at the Randolph Theatre.  A funky lesbian romantic comedy starring Elvira Kurt, a shiftless young woman who has to come home to the suburbs to watch over her sharp-mouthed Mother, recently diagnosed with Breast Cancer.  An unexpected fling with Mom’s Oncologist livens things up.  Janet-Laine Green as Mum steals a lot of the show here, and there are other good performances as well.  The central romance didn’t sell me as much as I’d hoped, however, but a few of the neat gimmicks the play had up its sleeve kept me interested. 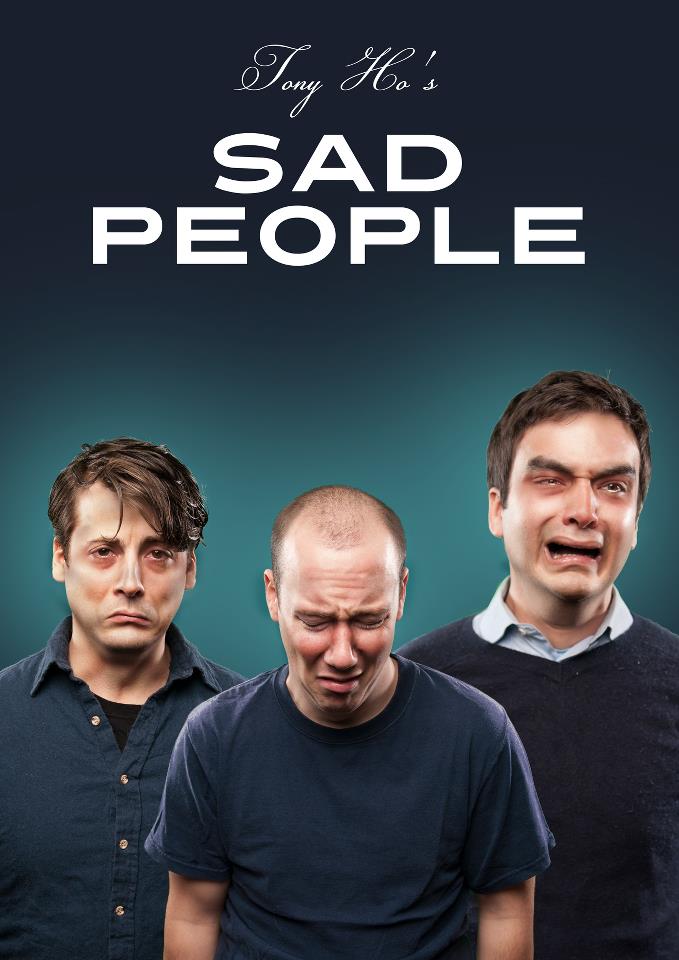 – TONY HO’S SAD PEOPLE by sketch comedy troupe Tony Ho, at the Robert Gill Theatre.  This piece of inspired, surreal madness was where Toronto Fringe 2012 came alive for me.  Featuring a central cast plus guest-stars from the Fringe (differing depending on the night), SAD PEOPLE is a hysterically nightmarish collection of stories, scenes and sketches (and a few songs) starring a clearly talented gaggle of comedians.  Inventive, imaginative and most amusingly disturbing…if David Lynch had gone into stand-up, this is what it would look like.

– BREAKING VELOCITY by Megan Phillips, at the Tarragon Solo Room.   A one woman autobiographical musical (and there’s a sentence I’ve never written before) following Megan’s dream of being a musical theatre/dance star, and through the traffic accident that changed everything.  It sounds trite, but I suppose all the good stories do when you boil them down.  A clearly heartfelt story with a solid performance and some perfectly lovely character work from star Megan, as well as several good to memorable song and dance bits…her inspirational visitation by a sequined gospel singer is an easy highlight of the show.  A pretty impressive outing from the obviously talented Phillips…glad she’s still dancing.

– TEMPLE OF KHAOS by Daniel Nimmo, at the Tarragon Extra Space.  I saw the force of nature that is Daniel Nimmo a couple years back in Ottawa, and couldn’t wait to see him in action again.  This time, he brought friends, in a combination play/improv/madhouse romp that must be seen to be believed.  Based loosely around a story about a magickal hero being summoned to destroy a terrible monster, it’s mostly an excuse to let terribly talented performers misbehave in epic ways onstage, and it’s bloody fucking marvellous to behold.  I’m not entirely sure who the lineup was in Toronto, or if they’ll be travelling with him on tour, but I suspect the Nimmo will be able to find like-minded lunatics wherever he goes.  Theatre of the absurd at its absurd-est.

– THE BLIND SEAL (AN RON DALL) by Fibin, at St.Vladimir’s Auditorium.  I walked into this show, by four gentlemanly Irish lads, with zero expectations, and it may me for me the most memorable show of my Toronto Fringe experience.  One musician, two storytellers (one in English, one in Gaelic, or as they call it, Irish), and one painter in the spotlight, this is a unique performance that quite honestly had me in tears of joy and sorrow from the opening moments until the (quite literally) picture-perfect ending.  Heartbreakingly human, simple and beautiful, this is easily the show that moved me the most in the big city.  Painting as theatre…and holy shit but it WORKS.  A complete privilege.  Thank you. 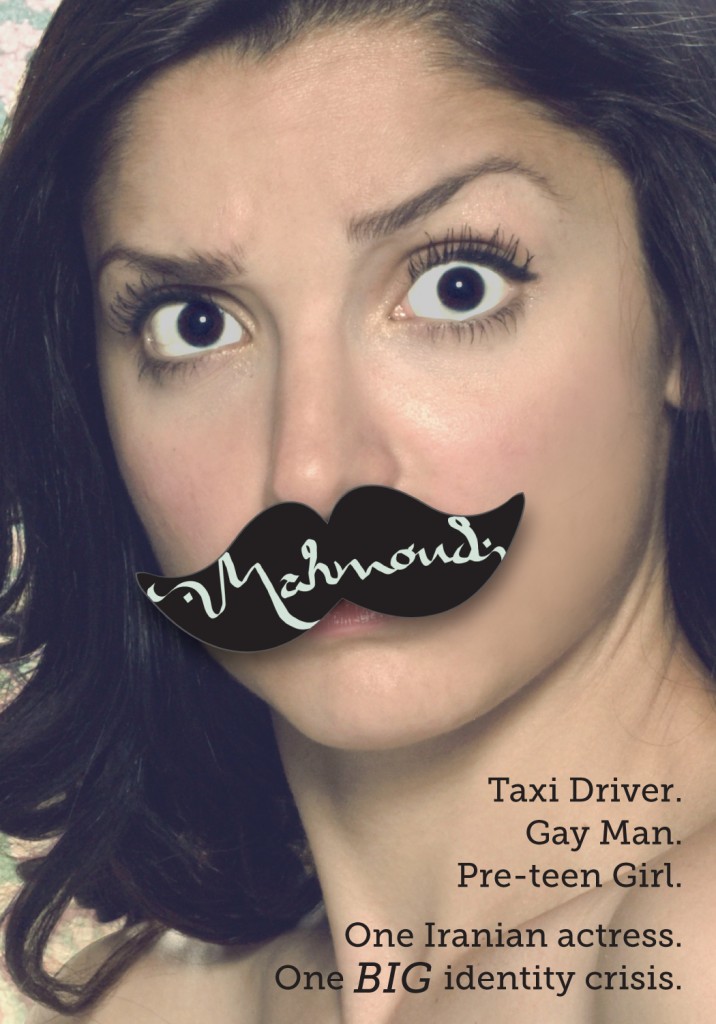 – MAHMOUD by Tara Grammy and Arthur Davis, at Tarragon Theatre Extra Space.  Another one-woman show (my fav’rit kind of show!), this one starring the insanely talented Tara Grammy as an aging Taxi Driver, flamboyant Spanish gay man, and spirited pre-teen girl rebelling against her heritage, in this personal, densely woven tale about Iran and its impact on three disparate individuals in the west.  Hilarious, moving, challenging, and a fantastic showcase for the perfectly entrancing Tara, who has the audience right where she wants them from the opening moments.  A smart and wonderful show, and one of many I saw in Toronto that I hope make its way to Ottawa Fringe someday.