This old Visitorium has been a little patchwork/schizoid these last few months. Am i reviewing still? Am I just promoting theatre…or my own work? Why is it still here?

Honestly, every time I try and come up with answers to these questions, I just get tired in my brain. So instead of thinking, I’m just gonna write, which is way easier and probably more productive. Let’s just try it shall we?

And what a day to start writing…international Women’s Day! Where to even begin? I suppose where my instincts usually tell me to start…with comic books.

I don’t buy as many comix as I did in my heyday, but feel free to check out FAITH from Valiant comics, written by Jody Hauser and featuring maybe the only plus-sized female superhero headliner, well, ever. Revived from her original incarnation at Valiant in the 90’s, the new Valiant has left the litany of fat-jokes that dogged this character behind and instead embraced her unfaltering optimism, loyalty and flat-out heroism. It’s an unapologetically positive book that deserves much of the accolades its receiving. And check Faith out in the team book HARBINGER RENEGADE as well, because its awesome too.

And of course there’s LUMBERJANES, an epically amazing fantasy-tinged ongoing from Noelle Stevenson about the adventures of an all-girl scout-style troop at a summer camp. With delightfully cartoony art and instantly engaging and diverse characters, this is one for all ages and all hearts. I’ve been collecting the trades, and you should too. Might I suggest, for my Ottawa readers, picking a few of them up at Comet comix at 1167 Bank Street in Old Ottawa South? Owned and run by the fantastic Heather, and she won’t steer ya wrong!

I could go on and on…DOCTOR MIRAGE, SAGA, BITCH PLANET, MS MARVEL…there’s good stuff out there. But I DO have theatre to get to. And I love me some rambling about theatre. I mean, this blog was primarily founded on my unabashed love for the one-woman show. And having already caught one of the best of these, Margo MacDonald’s THE ELEPHANT GIRLS this year, my theatrical ladybar is set nice and high for 2017. 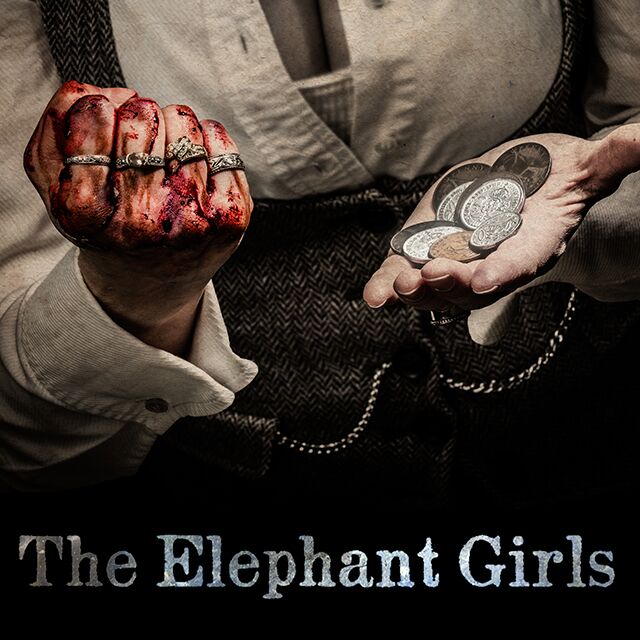 So what’s coming up? Well, tonight I have the honour of catching INFINITY at the NAC Studio, written by Ottawa’s own wunderkind playwright Hannah Moscovitch (or @moscotweets as her close personal friends like me know her on the Twitter). She’ll be back in the newly announced GCTC 2017/18 season. I’ll dig into many of the new season announcements in another post, but happy to report there seems to be plenty of female representation across the board, at least at first glance.

For my own part, I’ve been blessed to have some simply astonishing and talented ladies helping to prop me and Strange Visitations up during our 3-year existence. Like repeat director Jodi Morden, soon to be seen back at the Ottawa fringe with the fierce Hannah Gibson Fraser in a new project from Pretty Ugly Productions. Or my clown pal Madeleine Hall, also returning to Fringe with a solo project that will quite simply knock your likely mismatched socks off. Also multitalented Rebecca Laviolette and the unstoppable Erin MacDonald, both of whom I would have been lost without.

And I have so many more women in Theatre who I look up to, admire, and continue to be inspired by…Nancy Kenny, Alix Sideris, Michelle leBlanc, Kristina Watt, Martha Ross, Alexis Scott, Gemma Wilcox, Rachel Eugster, Laura Hall, Brooke Cameron, Morro and Jasp, Kirsten Rasmussen, Mind of a Snail, Ingrid Hansen, Jan Irwin, Megan Carty, Catriona Leger, Mary Ellis, Kate Smith, Bronwyn Steinberg, Lisa Zanyk…I could (and probably should) go on. Instead, I’ll just make a special shoutout to my old classmate and theatrical force of nature Kathryn Paige Reeves. The Mouse has a brand new play of her own creation about to take to the stage this April, and I could not be prouder. Don’t think I’m not considering a road trip, Kathryn!

And hey, it would be quite silly to write up a Women’s Day post without mentioning, nay worshipping, the brilliant, sexy, silly and passionate woman who has allowed me to be a part of her life, my sweetie Caitlin. You make me stronger, you help me grow, and even if I am the Giraffey in our relationship, I promise I’m always looking up to you. Thanks for never giving up on me.

What else? I should mention the incredible book I’m reading right now, found at the library while hunting for the autbiography of Harpo Marx (which I DID find, don’t worry). It’s called I AWAIT THE DEVIL’S COMING by turn of the century flapper-to-be Mary MacLane, and it’s a series of fiery, brilliantly nonconformist diary entries she wrote in Butte, Montana in 1902 at the age of 19. Full of incredible language and razor wit, it’s a thing of terrible dark beauty and I kind of NEED some local young actress to pick it up and adapt it into a 1-woman show. Monica Bradford-Lea, off the top of my head? I’ll help you!

This is an important day, and ever-more important this year with the pussy-grabbing grand wizard down south doing his worst every day (and that’s pretty worst). Keep being positive. Read something a woman wrote, see a play with women, watch a movie directed by a woman, collect a comic starring a woman…and then keep doing that. Because, of course, one day is approximately 364 too few. Peace, love and soul,

PS special shoutout to the bestest ladies of the all, my amazing niecelets Brynn and Clara. Rule the World, gals!!