Hey, remember when I used to post, like, every damn day during Fringe? How times have changed! And don’t get me wrong, I do very much miss writing about and promoting (and just as importantly, seeing) as many Fringe shows as I could every June when the Ottawa Fringe Festival rolls around. But what with being in a show this year…and not just any show, but one I helped to create from the ground up…there was just no way to spare the time for reviewing. Still working on giving the shows and artists plenty of Twitter love whenever I can…and happy to report that Ottawa Fringe is busting sales records left and right after opening weekend this year!

And hey, I HAVE gotten out to see a respectable amount of shows, even if it pales to my usual overdose. And as I have a spare few hours before showtime tonight, let’s see what I’ve seen and why they’re all the best things ever (because everything Fringe is the best thing ever):

If Hiroshi Shimizu isn’t a mortal lock for the spirit of the fringe award, then I know nothing about anything. The Herculean challenge of doing an hourlong standup show in a second language you’re not all that comfortable with is bafflingly daunting to me, but Hiroshi never wavers or falters, bringing genuine hilarity in a true story of family, ambition and the occasional fire that will also yank at your heartstrings and just might inspire you before you even notice what’s happening. A real gem. 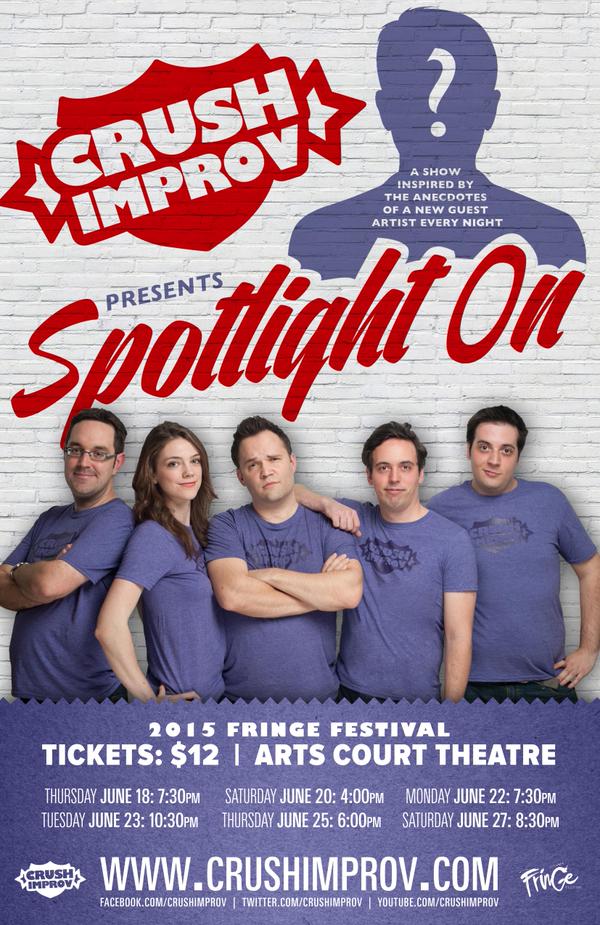 Okay, this one I admit I saw from a slightly different perspective than usual. The Crush gang returns to Fringe with their crowd-pleasing Spotlight On… show, in which a different guest-storyteller takes a chair on the stage every night, and tells tales from her/his life. Crush then uses elements of the stories to create different Improv scenes. I was honoured to be the first special guest-star of their run, and consequently had the best seat in the house as AL Connors, Brooke Cameron, Dan Lajoie and Tim Anderson (with musical assist by Scottie of the Peptides) did what they do best. And when the core Crush Improv troupe takes the stage, nobody can hold a candle to them. They took my silly stories and made comedy gold out of them effortlessly. Thank you, Detective McGarnigle…I will never forget you.

A solo show featuring the weird and wonderful Windy Wynazz in a merry clowning adventure about taking a shot at stardom, making deals with the devil, the perils of mopping and much, much more.  Windy has charm and guts to spare, and her dance routine is something you probably need to see.

Another one-woman show (hooray!) from Ottawa theatre superstar Emily Pearlman, with an eloquent and intelligent recounting of several key relationships in her enviously well-travelled life.  Whipsmart and very charming, and Emily is the kind of performer it is, I personally believe, quite difficult not to enjoy.  A keen reflection on love and humanity, and food for much thought.

The Adventures of Red Rascal from Rapscallion Diversion (Bronfman Amphitheate)

Starring Jake William Smith as the titular Rascal alongside a cast of kings and cutthroats, this is a fun and fast-paced sword-slashing adventure period piece with plenty of action and, just as importantly, a ton of laughs.  Never taking itself too seriously, though always remembering its emotional core, the show also features Visitorium fav’rit Danielle Savoie as a princess with a few parries and thrusts of her own.  A great delight on a sunny day out at Fringe.

Follow Australian Children’s entertainers Hoot and Annie (aka Will Somers and Kate Smith) as their relationship simmers to a boil and explodes hilariously before your eyes, amidst a soundtrack of amazingly inappropriate songs performed live by the muliitalented Smith and Somers.  An ambitious and terrifically entertaining show, with Melanie Brown at the Director’s chair.  Those accents, that wig, the music..! I still desperately want an MP3 of Little Possum Oliver.  Surefire fun.

From writer and Fringe legend Jayson McDonald comes another great piece, this one telling the story of two spacefarers (played by the terrific Valerie Cotic and Mark Nocent) on a mission to the red planet, with the fate of the human race at stake.  Naturally, everything goes wrong, and our occasionally bickering heroes are put to the test.  Hilarious, smart and ultimately heartbreakingly optimistic, and a testament to the fact that you don’t need a million bucks to do great sci-fi.  Hell, you don’t even need a set.  Although two fantastic-looking astronaut costumes sure come in handy.  A real joy. 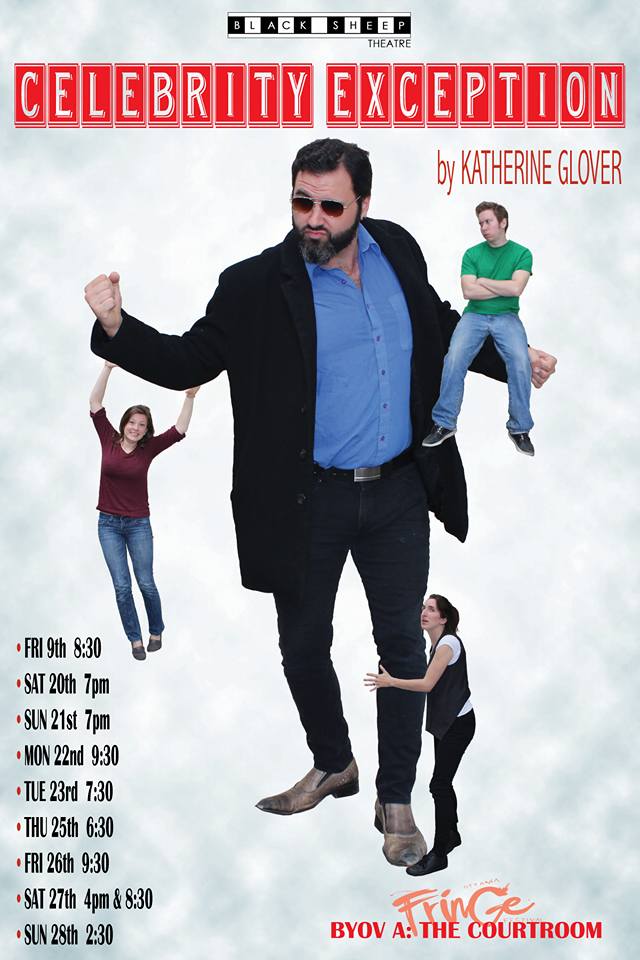 Fringe vet Katherine Glover (Dead Wrong) brings us this story of modern sexual politics centering around a young couple (Robin Hodge and Mike Kosowan), and whether or not you can ever be allowed to cheat on your partner…even if its with B-movie legend Xander Lucas (Jonah Lerner).  Along with Alexis Scott, this is a strong ensemble who get a ton of laughs out of the intriguing premise and barrage of one-liners.  The movie voice-overs are a good time, too.

Sam Mullins is already legend across the Fringe circuit for his storytelling shows like Tinfoil Dinosaur and Weaksauce, so it’s no surprise that he’s packing houses on this, his first Fringe visit to Ottawa.  This show, featuring stories from his ‘four truths’, is alternately hilarious and heartbreaking…the opening tale alone is worth admission.  A master at work.

The simple enough story of three Victorian fops (played my Matt Pilipiak, Victor Pokinko and Scott Garland) who decide they need a break from their life of idling to punt down a river for a few days…only to find there are far, far too inept for such a chore.  With timing and choreography that looks like it was designed by computer, and not a single dull moment in its laugh-stuffed running time. An absolute treasure of a show…and yes, Montmorency the dog DOES steal a scene or two.

Well, I HAVE seen it a couple of times now, at least from on and back stage!  Had a great time opening the show, and then a much better time on the second night when we remembered the stuff we forgot the first night!  And looking forward to the next four shows this week, starting Monday at 6pm.  And if you wanted some extra incentive to check it out, take a look at these ACTUAL reviews that have been coming in for the show…it’s an odd feeling being on this side of the review wall, believe you me…

Hannah and George Will Charm Your Socks Off

If you catch the show and dig it, please fell free to give us a shoutout on the Twitter at #HannahAndGeorge …we’d love to hear from you, as social media is the only way most of us can self-validate these days.  And for advance tickets (or to leave a kind word or review on the Fringe site itself…)

Hope to see everyone out at shows this week…keep on Fringing!  Peace, love and soul,

Kevin Reid (Winston sends his best, but is currently bunking with my folks until I emerge from Coma)