The first week of the 2014 edition of the Fresh Meat Festival is a wrap, and the first five world premiere shows all strutted their considerable stuff on the Arts Court Library stage to a nearly sold-out three day crowd. I managed to make it out to opening night, and have nothing but jolly praise for the creators who made their magic. Fest Founder Jonah Allingham impressed with his solo physical piece MY CARDBOARD LIFE, taking potent theatrical jabs at working class Hell. Megan Carty had a very cool, dark experimental piece in ME AND MY MONSTER, with some especially nifty use of audio. Geoff McBride and Karen Balcome of Thunk! Theatre had a hilarious and visually wonderful story of a dysfunctional dynamic duo in their superhero tale smash.bam.kapow. Allison Harris and Lindsay van der Grinten showed awesome comedy chops with the fast paced comedy THE BIG WEED, but were mightily challenged for best comedy team of the fest by David Benedict Brown and Will Somers as FORSTNER AND FILLISTER. I hope we see both of these pairs back again some day, fingers are crossed. So happy I caught them all, sad that I missed Saturday’s surprise performer Pierre Brault..! But anxious for part two. Here’s what’s comin’! 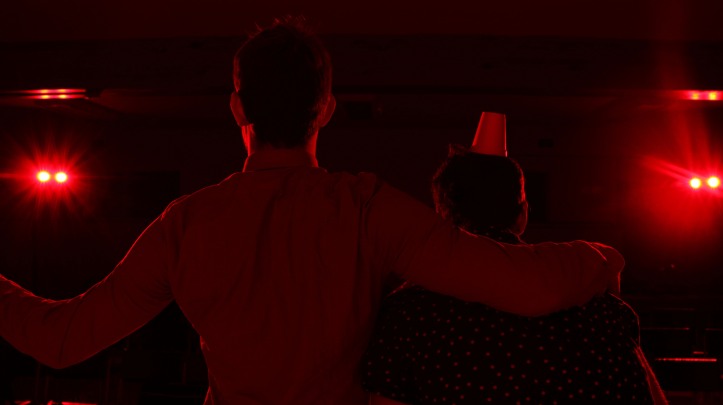 TUSK TURNS ONE! From May Can Theatre. The latest from Ottawa’s hardest working independent theatre kids, and fresh off a proper 5-year roasting last month. Come celebrate Tusk’s first birthday (at 33, no less) and see what May Can have to launch years 6 to 10! 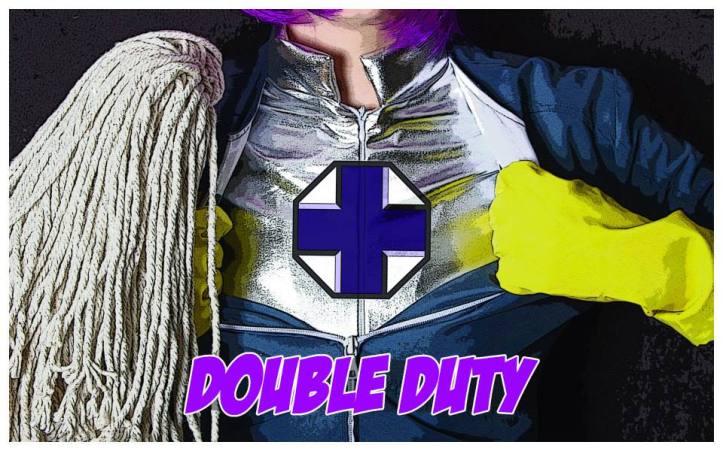 DOUBLE DUTY from FG[squared]. Written by the awesome Laura Hall, it’s the time-honoured story of Space Janitors saving the universe, with the killer cast of Desiree Warmington, Brooke Cameron and Jordan Hancey!  Ain’t no funny like sci-fi funny.

GARDEN IN THE SKY from Seedling Theatre. A one woman tale (yay!) Starring the hyper-talented Lily Sutherland (double-Yay!!) in a tale about new surroundings and how to make sense of change when you’re only 12 years old. Theatre for young and old alike from one of my fav’rit up and coming superstars. Can’t wait!!

FASTER THAN THE SPEED OF DATING from Strange Visitations…but more on that tomorrow. 😉

Also, there will be a Super-Secret Show on Saturday Night (replacing May Can, who only perform twice this weekend, so don’t miss’em like a chump!), which I seriously have no clue about…but the last one was Pierre fuckin’ Brault, folks, so expect something pretty damn sweet.  Get excited for the Freshest Theatre meat around, and let’s see you folks pack the joint this weekend!  And remember, the bar IS open. 🙂  See you there.  PEace, love and soul,