Whoops…a little late with this one.  Look at how lazy I get when I take a break!  Why did you let me DO that??

AS YOU LIKE IT at parks round Ottawa, from A Company of Fools. You have until the 16th to discover all the ways YOU will like it (which you will). Check the Fools website to find it at a park near you!

THE FINANCIER at Strathcona Park, from Odyssey Theatre. Madcap masked mayhem about money, manners and mischief, from people who know them some mask. Until the 24th.

THE SCREWTAPE LETTERS and THE GREAT DIVORCE at the GCTC Studio, from 9th Hour. All the non-Narnia repertoire CS Lewis you can handle! Until the 9th.

OCCUPY ME at Rama Lotus Yoga Centre, from Counterpoint Players. Featuring Bronwyn Steinberg in her hit one-woman show as Sarah Lotus Blossom, back for one night only on the 8th!!

THE ANGER IN ERNEST AND ERNESTINE at the Village Playhouse in Bancroft, from Vacant House. It’s back! In Bancroft, anyways…the brilliant debut from Ottawa’s newest theatre company is back to explain all about berries, among other things. plays from the 19th to 23rd.  And if you love this gang, be sure to check out…

LANDLINE at Arts Court, from Secret Theatre and Neworld Theatre, in collaboration with the NAC (part of the Prismatic Festival). A wickedly experimental adventure in theatre, as two concurrent performances of the same show take place in Ottawa and Dartmouth, placing audience members from each show in direct contact with one another during guided outdoor escapades. Sounds pretty goddamn unmissable to ME. From the 21st to 24th. 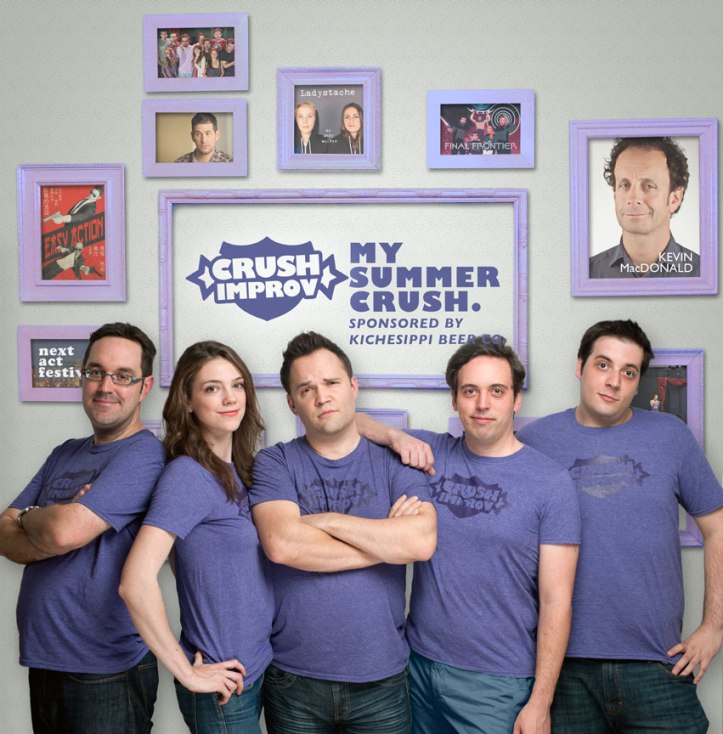 MY SUMMER CRUSH at Arts Court, from Crush Improv and Friends.  Back again for three weeks of comedy amazement, with hosts Crush Improv bringing an avalanche of improv, standup comedy, sketch, workshops and more, with special guest stars like Kevin MacDonald, Bad Dog Theatre, Montreal Improv Nick DiGaetano, Ladystache, Aftermath Improv and so much more.  From the 12th through 30th!

SI C’ETAIT A REFAIRE from Theatre de L’Ile. Dark comedy about the wacky world of plastic surgery! Until the 30th.

BOUT TIME at Mother McGinteys, from Crush Improv. Another three on three battle of Ottawa’s biggest improv hitters, because apparently My Summer Crush isn’t enough for them to do this month. Monday the 4th.

THE EFT-UP COMEDY SHOW at the Cock’n’Lion, from Experimental Farm Theatre. Back again after their debut last month, and ready for more on Wednesday the 13th. 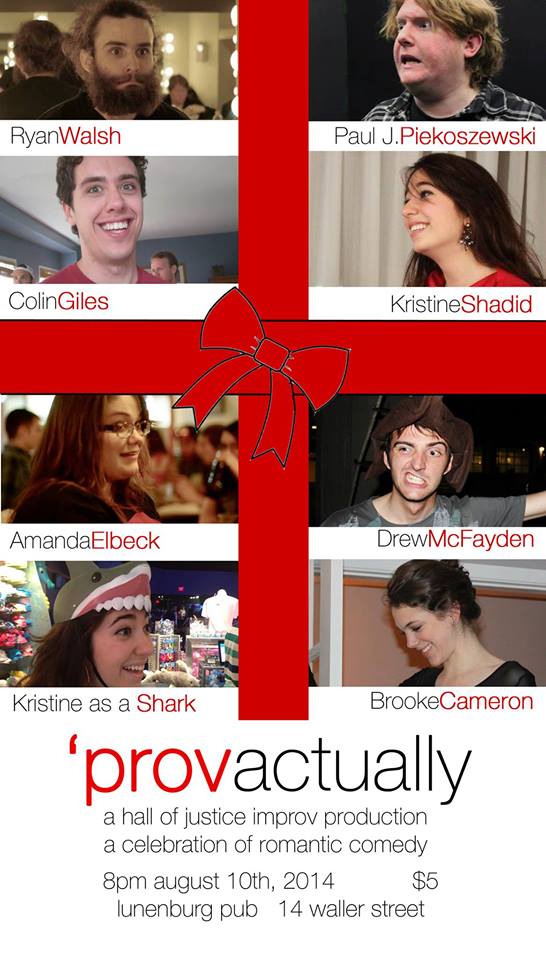 PROV ACTUALLY at the Lunenburg Pub, from Hall of Justice Improv. A brand new gaggle of some of the bests improvisers in town get togther for a special made-u romcom, just for you! Sunday August 10th.

GRIMPROV at the Cock’n’Lion. As always, the first and last Wednesday of every month, the lads and DJ Helicase give you the funnies.