Well into day 4 at the Ottawa Fringe Festival (it goes so QUICKLY..!!) and you know what that means…time for a DANCE BREAK! And I can’t think of a better gang to get into that with than the folks at Woo me Myth, who were in town about four years back with the now legendary show THE DUCK WIFE, whose soundtrack I still enjoy going back and replaying from time to time. It was great to hear that they’d be back in town with something completely different.

Their new show is IREDEA, billed as a sci-fi rock opera, and that’s a pretty good descriptor of what unfolds. Once again incorporating live music, tho down to just one dude with a guitar and soundboard this time (he also doubles occasionally as a club-swinging caveman, which I appreciated), a video backdrop tells us our post-apocalyptic tale of how a mythical figure working for an omnipotent global conglomerate decided enough was enough, and took the system down with a series of detonations across the globe. This had the side-effect of virtually wiping out civilization, and now the barren landscape is scrabbled over by small factions of what’s left of humanity. Enter a strange bionically enhanced figure known as the Artist, setting off on a quest to find the man who pushed the button, and encounters some other bizarre figures along the way. 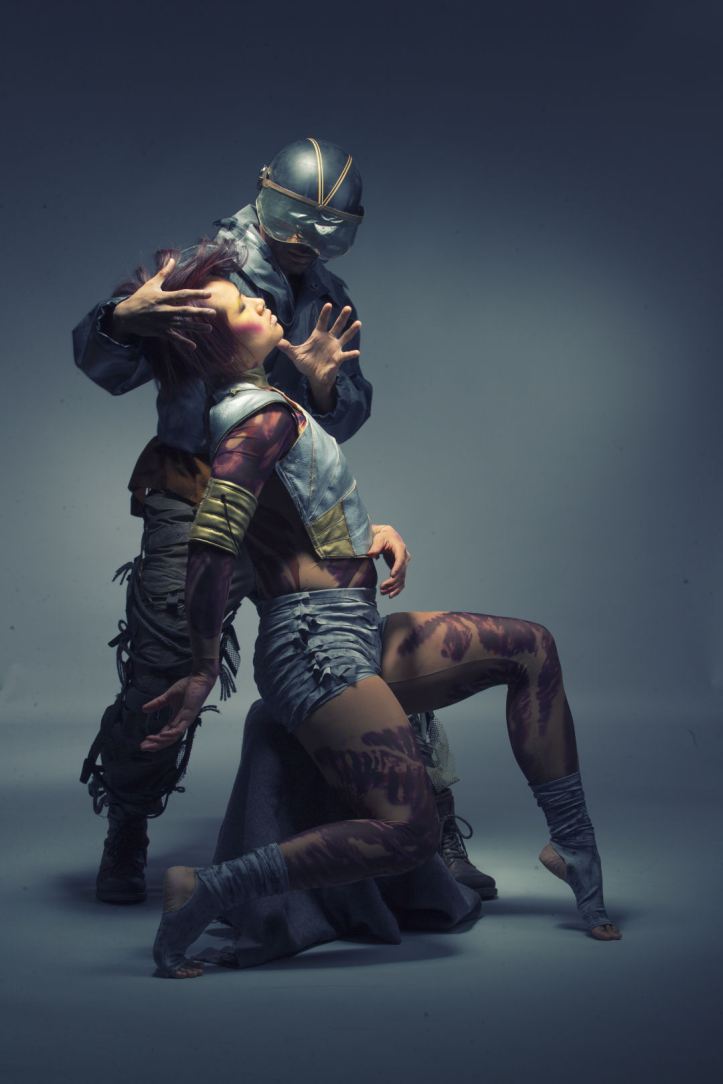 Featuring another amazing soundscape, IREDEA has some incredible physical dance work by the performers, Melina Stinson, Mark Medrano, Jenn Doan, Ted Strauss, Maria Paula Cano , each seriously impressive dancers and evocative performers. Choreographer Jenn Doan crafts a beautiful story with along with artistic director Ted Strauss, and their team is more than up to the task of bringing it to life. The show is further enhanced by some of the coolest props and costumes at the Fringe, from a gorgeously realized oversized space-jellyfish to an honest-to-gosh robot onstage. The effects alone are worth admission. While a few of the exposition-heavy video sequences start to feel like filler, the dance sequences and imagination on display make this a prime destination for Fringers looking for one of the more unique experiences around. This is the sort of thing you don’t see every day, although you might wish it were. Peace, love and soul,