Hey, you know what I forgot to write and rave about in all my lethargy and comic shopping..?  The New National Arts Centre English Theatre Season, that’s what!!  And seeing as how yesterday was the GCTC launch, and I’m now backed up TWO season launch raves, well…right, I’d best get raving.  It’s a twofer kinda day, kids!

So it was a week or so past that I hit the NAC 4th Stage for the announcement of new Artistic Director Jillian Keiley’s inaugural season, and the packed house was pretty stoked, or at least I sure was (and not just on account of there were cookies for afterwards).  And it’s all old news to the rest of you by now since I’m OVER A WEEK LATE writing this, but here’s the skinny for those of you even lazier than I am:

TARTUFFE by Moliere, featuring Andy Jones and the NAC ensemble, and directed by Keiley herself.  Moliere’s still a bloody funny rascal after all this time, and to have one of his comedies adapted into 1930’s Newfoundland seems a particularly demented stroke of genius.  If Newfie Moliere doesn’t tickle your funny bone, then you probably don’t have one

THE SOUND OF MUSIC by Howard Lindsay and Russell Crouse, music and lyrics by Rogers and Hammerstein.  Directed by Joey Tremblay and starring the NAC Ensemble.  You know I’ve never seen Sound of Music? And it’s a singalong!  Eliza Jane Scott, in her mini-preview at the launch, charmed the socks offa me, and I actually am now pretty excited to see (and sing) this one. 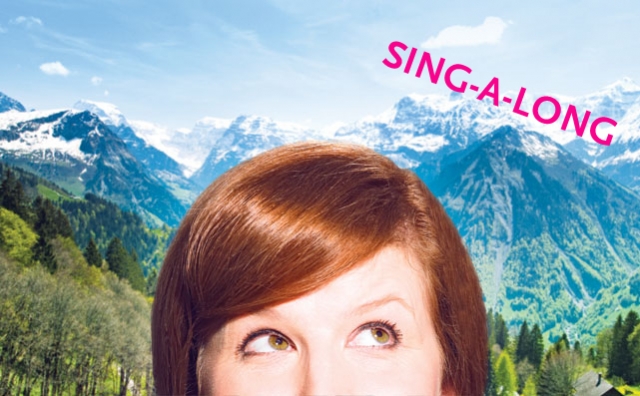 KIM’S CONVENIENCE by Ins Choi, from Soulpepper Theatre.  I’ve heard of Soulpepper many, many times, and can’t wait to see this show of theirs featuring a big stage slice of intergenerational Korean life.  And I can already bet it’s way better than CLERKS (I said it).

SEEDS by Annabel Soutar, from Porte Parole and Crow’s Theatre.  Directed by Chris Abrahams and featuring Eric Peterson, a mainly (or maybe all, I’m not exactly sure) verbatim tale of man vs. Monsanto, which is a fight I’m very, very interested in.  And featuring some Corner Gas royalty, no less!

OIL AND WATER by Robert Chafe, from Artistic Fraud and directed by Jillian Keiley.  Another Keiley bit, this time from her old gang in Newfoundland and featuring the story of the first black man to appear in St.Lawrence after a shipwreck in WWII.  Sounds like another beauty, and this one rounds out the mainstage season.  Meanwhile, in the studio… 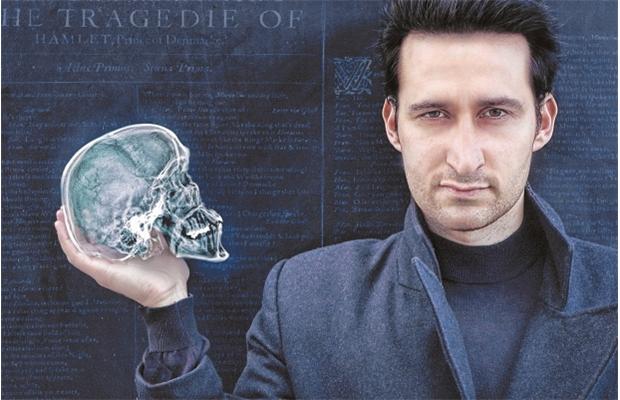 HAMLET (SOLO) by Willy Shakesepeare, starring Raoul Bhaneja.  And here’s that moment you’ve been waiting for where decorum goes out the window and OHMIGOD HAMLET SOLO IS COMING BACK!!!  I was lucky enough to catch this flat-out fucking marvellous one-man rendition of Hamlet at the GCTC back in the early days of my blog, and to me, THIS is what acting is all about.  I’m gonna see it at least twice when it comes back, and you should too.  So there.

ENRON by Lucy Prebble.  Directed by Ron Jenkins, and featuring the NAC Ensemble.  If there’s better real world fodder for dark comedy than Kenny Lay and his gaggle of white-collar gangsters, then I can’t think of it.  This, along with SEEDS, are giving this season a good political kickstart that I quite enjoy, I gotta say.

HUFF by and starring Cliff Cardinal, directed by Karin Randoja.  Another one-manner, this time a multi-character First Nations tale that sounds trippy, tricky and intriguing as Hell.  Sounds like powerful medicine indeed.  Meanwhile, in the family series…

DIB AND DOB AND THE JOURNEY HOME from David S.Craig and Robert Morgan, a Roseneath Theatre Production directed by Andrew Lamb.  Musical, brotherly shenanigans at the 4th stage with a couple of talented cats going on a classic quest.  I’m in.

WHERE THE WILD THINGS ARE by Maurice Sendak, from Presentation House Theatre, directed by Kim Selody.  An interactive, retelling of Sendak’s howling kids classic…you can get an early taste of this one when it appears at the Ottawa International Children’s Festival in just a short while!

I love the fun of this season, the politics, the humanity of it all.  I loved watching Jillian Keiley have a blast introducing it all, and I especially loved her embracing of this years ensemble, who each got not only a video introduction at the launch, but are featured prominently on the season program cover.  Peter Hinton brought the resident company back, but it looks like it’s Keiley who’s making them part of the family, and it feels great.  I’m looking forward to everything in this season (HAMLET SOLO YAY!!!)…although out of courtesy, I’ll wait until THIS season is finished.  Bring on Big Mama already!

Meanwhile, at the Great Canadian Theatre Company…continued next post!  Peace, love and soul,