It’s a rare and merry time indeed when I get to roll out of the drudgery at 4pm, hop on a bus across town to the GCTC, and have a sweet hangout for a few hours in a roomful of awesome theatrical folks…drinking beer, having some snacks, and listening to a dream of a lineup for an upcoming festival being announced. It actually DOES sound like a nice dream when I talk about it, but nah, it’s just UNDERCURRENTS launch time again, which is even better.  We’re all familiar with Undercurrents, right?  Let me refresh your memories:

Yes, it’s the little festival of theatre that makes February, the shortest and coldest month of the year, one of the best and brightest here in O-Town.  Taking place over two weeks (this time from the 5th to the 17th) in the GCTC studio space, the fest showcases six shows from across Canada…3 local, and 3 national.  Producer Pat Gauthier, who sees himself an amount of theatre across this nation that even makes ME jealous, picks the shows, and he’s scheduled us a doozy this time around, in what may be the best  Undercurrents to date.  Is the third time the charm?  Check it out, and you tell me…

– SKIN from Deluxe Hot Sauce.  A World Premiere from the Saucies, last seen in the gorgeous First Dusk, Last Light at the SubDevision festival.  Featuring some of the most talented humans you’re ever likely to meet, in a devised piece featuring original music from Nick Carpenter, created by mapping the marks off of the skin of the performers themselves.  You want innovative?  Yeah, we’ve got that shit covered.

– LADIES OF THE LAKE from Skeleton Key.  World Premiere again, from the gang that brought the ultracool She Hath Done What She Could to SubDevision.  Cat Leger, Kate Smith and John Doucet give you the secret origin of the Lady of the Lake, and I couldn’t be happier to see this team making their big theatre debut at last.

– HIP-HOP SHAKESPEARE LIVE MUSIC VIDEOS from 411 Dramaturgy.  A Fringe hit here AND in Vancouver, theatre faves Dave and Melanie are back with their filksong epic matching the bard with the finest hip-hopping to be had.  Will this remount feature any NEW songs, you ask?  I heard a rumour to that effect, but I may be making Much Ado About Nothing…

– LITTLE ILIAD from Evan Webster, Frank Cox-O’Connell, and Harbourfront Centre (in association with Cork Midsummer Festival and Banff Centre…phew!).  I don’t know much about this show other than the gobsmacked awe in the voices of everyone I talked to who HAD seen it…and they were people I take seriously when the get their gobs smacked, let me tell ya.  An intimate show featuring smaller audiences than the other shows here, but getting two shows a night to compensate.  It sounds bloody incredible, and I can’t wait.  And speaking of can’t waiting… 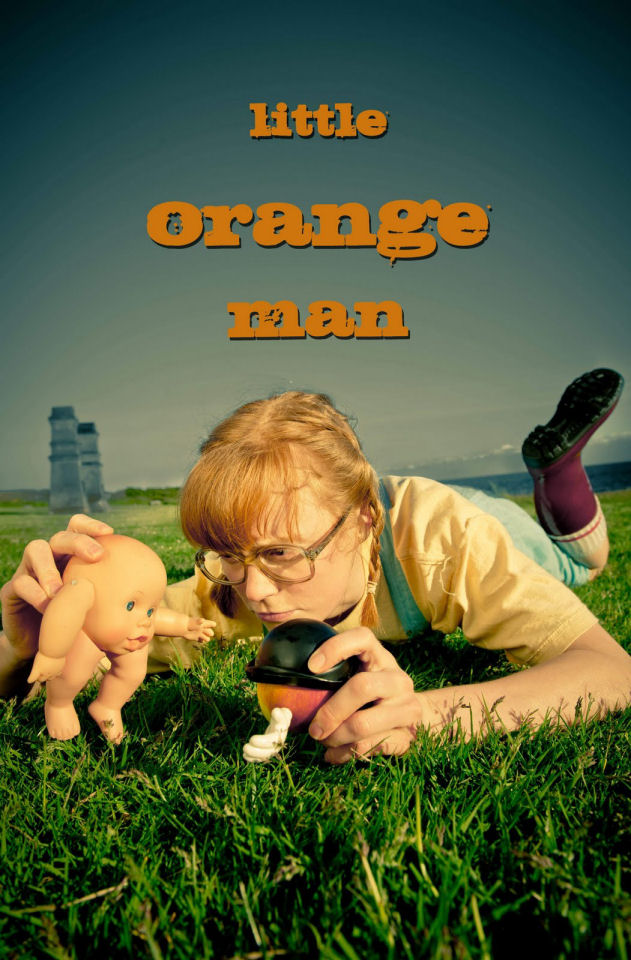 – LITTLE ORANGE MAN from Snafu Dance Theatre.  I’m not sure I can invent any more superlatives to heap on this, the Fringe show to end all Fringe shows, than I have already, so I’m just going to repeat myself from this past June: missing Little Orange Man would be the stupidest mistake of your stupid life.  And if you HAVEN’T seen it, you’ll have your work cut out for you getting a ticket before all the loyal fans who HAVE seen it nab them up, because believe me, they want to see Ingrid Hansen as Kitt again if it’s the last thing they do.  You will too.

And I know I said six shows, but what the Heck, let’s add in a seventh…BREAD from Karen Balcome and Geoff McBride, in collaboration with Theatre 4.669 (Bifurcate Me) and Mi Casa’s Emily Pearlman!  A very limited seating show playing in the lobby at various times, and featuring hands-on cooking, long missing in local theatre.  And all this while Third Wall‘s GOD OF CARNAGE is playing in the Irving Greenberg!

It’s gonna be a hot time at the GCTC this February, gang, and if you aren’t excited to see this amazing collection of vibrant and innovative theatre, then I hope you’re very happy with your job at Sun Media, you goddamned fascist.  The rest of you can schmooze over the festival lineup HERE, and then I’d damn well better see you in a few months, hopefully making this the best-attended Undercurrents yet.  What, you’ve got something ELSE to do in February?  Heck, you can take your sweetie to see HIP HOP SHAKESPEARE or LITTLE ORANGE MAN on Valentine’s Day, even!  And sad sacks like me can assuage their loneliness that same day, by seeing LITTLE ORANGE MAN or HIP HOP SHAKESPEARE!  It’s win/win, people!!  Now get excited, and get to the theatre.  OUT.  Peace, love and soul,