Day off today…those are nice, aren’t they?  I had some welcome breakfast at Ada’s, shopped a bit at the Silver Snail (some classic CAPTAIN AMERICA and FANTASTIC FOUR volumes, plus the epic Avengers KORVAC SAGA reprint, filled with tons of Shooter/Perez goodness), then a bit of napping at home, as I’m still not 100% after my recent bout of illness just yet.  And I wanted to be sure I was smart and alert this evening.  Why?

Because tonite marked the first time since 2007 that the GIANT INVISIBLE ROBOT would invade our sleepy government town, and I would be god-damned if I wasn’t right at the forefront when the attack took place.  An original Fringe piece by the endlessly talented and inventive Jayson MacDonald, ROBOT tells the far-out, hilarious, bittersweet and beautifully inspiring tale of Russel, a haltingly shy, ordinary boy, who happens to be friends with, well, a Giant Invisible Robot.  Spanning the years of his young life, from an early drive-in viewing of THE EMPIRE STRIKES BACK to a pastry-garbled run-in with the beautiful woman who lives above him, we see poor Russel at his best, and his tragic worst.  In the meantime, the stage is filled with an epic assortment of characters, including a randy scientist, hyperviolent military man General Panic, and clueless superhero Captain Victory, as well as a cameo by the GIR itself, in one of the most wonderful scenes in theatre history, for my money.

Jayson Mac’s show practically redefines what one-man shows can do, and that it has returned to our shores at the gorgeous Gladstone theatre is a gift, folks.  And let me just say this…this whole ‘Black Box’ series at the Gladstone?  It’s a nice thing.  World class shows by amazing performers, in a wonderful venue.  And if we don’t turn out and support it…?  WE WON’T GET NICE THINGS ANYMORE.  That’s how it works, so get off our asses and see some great stuff, while we still have great stuff to see.  You can fucking well Netflix JOHN CARTER next month, all right?  Jayson’s only here this week.  Seriously. 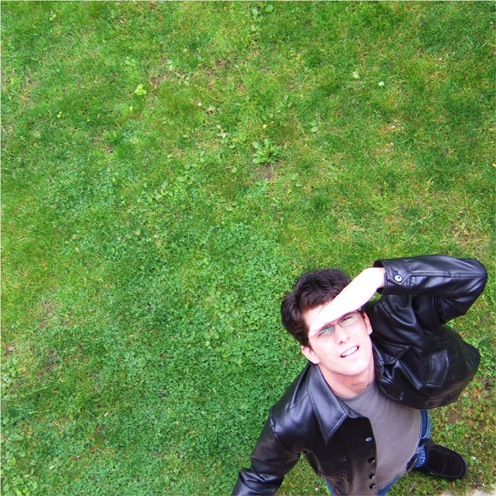 It was an amazing night, and despite the sadly sparse crowd I had a good damn time.  Chatted with COMPANY’s Tess McManus at the box office when I arrived, and I’m looking forward to THAT show.  And not long after, some smokin’ hot actress from the Big Smoke showed up, and damned if I didn’t chat HER up as well.  Must have been my lucky night.  Good thing I quit while I was ahead and retreated to the Carleton to read comix and have some wings, or I would have up and fainted from the vapours.  But I suppose that’s the least of your worries when encountering the Giant Invisible Robot…really, I was lucky to escape with my life.  And If my Thursday stays open, I may try my luck again this week.  It’s GIR, people.  See it, see it, SEE IT.  Then find Jayson MacDonald and thank him, because you’re gonna want to.  This is what it’s all about, folks.  Creativity Passion.  Acting.  And Robots.  Especially robots.  Peace, love and soul,