Coming Up in February ’12

Righty-O, it’s definitely a jam-packed February, the little theatrical month that could.  So let’s get straight at it, and once again, tell me if I miss anything (you won’t, I know, but I still have to ask):

Only a few more days to catch the legendary (and deservedly so) BLOOD ON THE MOON at the GCTC, which ends on the 5th.  And don’t forget to buy the book and DVD when you’re done!

Starting off a full month at the Gladstone is Plosive‘s CYRANO DE BERGERAC, starring Richard Gelinas in a goddamned glorious performance.  It runs til the 18th, and you should run to see it. 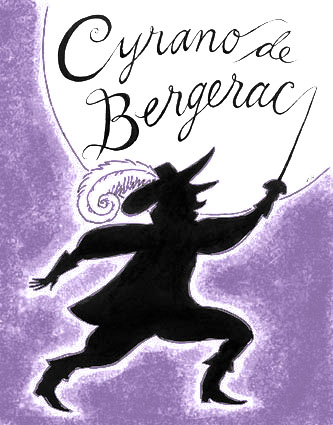 Ottawa Little Theatre has TRANSLATIONS from the 14th thru March 3rd, and it looks like a blast.

The NAC kicks off CREATION in the studio space, a biblical mashup in the style of last year’s NATIVITY.  Should be a gooder, and that goes until the 20th.

Arts Courts third new resident company, Creations in Vivo (along with Evolution and New Theatre Ottawa) launches their season centerpiece LEGENDES BOREALES from the 8th to 11th, and I’m seriously looking forward to seeing what these wizards have cooked up.

Also at Arts Court, a one day revival of the smash Fringe hit QUESTION PERIOD: THE MUSICAL on the 4th.  A good chance to catch a show that sold out friggin’ Alumni Auditorium last June! (note: as mentioned in the comments, the 4pm show on the 4th is already sold out, so a 2:30 preview matinee has been added, same day!)

Kanata Theatre has A PACK OF LIES running at the Ron Maslin from the 7th-11th, and 14th-18th.

At Academic Hall, Comedie des Deux Rives presents LA CIMETIERE DES VOITURES from the 7th to 11th, and ya know some French Theatre is ALWAYS a good time.  In that vein, there’s also LABORATOIRES GESTES from the 9th-11th and ZONE on the 25th, both at La Nouvelle Scene.

Algonquin Theatre kicks of their 2012 season with a Fringe-style double bill, THE ACTOR’S NIGHTMARE and ‘DENTITY CRISIS, from the 8th-11th.  Anyone else sensing a bit of a theatrical logjam around that time?  And there’s more coming!

Bouncing back to Ottawa U, their new musical theatre gang Broadway Off-Broadway is premiering [title of show] at Academic Hall from the 16th thru 18th.  How’d they know I missed that show at the Victoria Fringe?  Much obliged, BOB!

Over at my old Alma Mater at the Ottawa School of Speech and Drama, another Fringe hit THE WALK is remounting in the Nathalie Stern Studio from the 3rd-5th and 10th-12th.  Good guy and acting coach of mine Brie Barker is in this one, so run and getcher ticket now!

And speaking of OSSD alum…my scene partner Julie (and loads of other fabulous babes) are putting on THE VAGINA MONOLOGUES at the Bronson Centre on the 24th and 25th, in support of the Sexual Assault Support Centre of Ottawa.

Back at the Gladstone, the amazing Bremner Duthie crashes Ottawa with his cabaret one-manner ’33 from the 22nd to March 10th, in conjunction with local heroes Black Sheep Theatre.  Black Sheep is also launching their new BLACK BOX series late in the month with Jayson MacDonald’s LAST GODDAMNED PERFORMANCE PIECE, running in a late slot from the 23rd-25th, and again from March 1st – 3rd  The Series continues with a couple of jaw-dropping shows the following month.  I can’t wait.

And swinging around to the GCTC, the second edition of the UNDERCURRENTS FESTIVAL is finally upon us! Running from the 7th thru 19th with six amazing shows being hosted:

AND THEN IT HAPPENS from the 8th-18th

FALLING OPEN from the 10th-19th

LIVE FROM THE BELLY OF A WHALE from the 7th – 14th

Plenty for everyone, and there will even be some Foolish company to enjoy in the lobby!  Also, booze.

And just in case you thought we were done, Third Wall theatre has the 3rd of their Empty Space reading series with a tribute to Vaclav Havel, featuring James Richardson, John Koensgen and Simon Bradshaw at the Glebe St.James United Church on the 22nd.  Phew!  Don’t ever say you don’t have something to do this month!  That’s it for me, I have comix to read, food to eat, and a show to see tonite.  Catch you at the theatre, folks.  Peace, love and soul,